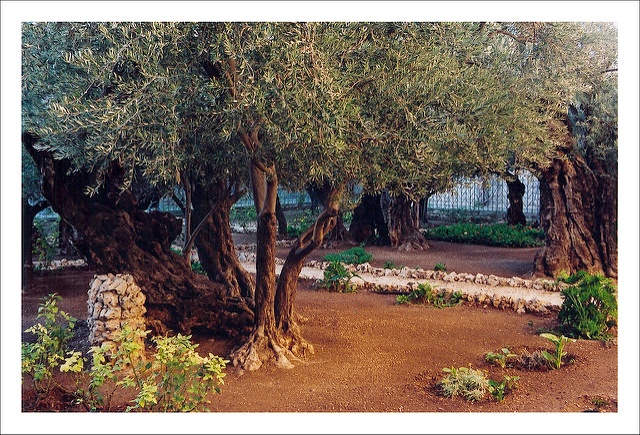 God sometimes chooses to use patterns in the way he operates and the Bible, his Word is full of patterns. Some are expressly referred to as patterns, while others can be observed in repetitions of words or practices and similarity in the way that scriptures are structured.

For example, if you read and study the letters of the glorified Jesus to the seven Churches in Revelations, you will see patterns in all seven of the letters and in the way they were structured. For example, in every letter, Jesus opens by referring to a different attribute of himself, as was already described by John in chapter 1. He also ends every letter with the words, “He that hath an ear, let him hear what the Spirit saith unto the churches” and reminds the Church of what awaits the person that overcomes.

Under the Old and New Covenants for example, there was and is a High Priest, a Tabernacle (Sanctuary) and the shedding of blood, which the High Priest offered to God for the forgiveness of sin.

The Word of God states of Jesus our High Priest under the New Testament and of the similarities with the system which previously existed under the Old Testament, as an imitation or shadow of heavenly things:

At this point, you’re probably wondering, what does all this talk about patterns have to do with the Garden of Eden and the Garden of Gethsemane?

Well, it serves as a backdrop to what I realized for the first time this morning, as I read God’s Word: There is a pattern that can be seen, between the two Gardens!

ADAM IN THE GARDEN OF EDEN

After God had made the first man Adam and saw that what he had created was good, he put him into the garden of Eden. Notably, at this point, Adam was upright and no sin had yet entered the world. He therefore had fellowship with God and God was so delighted with him, that he even brought the animals he created to him, to see what he would name them, allowing whatever he called them, to be their names.

The Bible states that Adam was placed in the garden of Eden “…to dress it and to keep it.” (Genesis 2:15). God therefore gave him the job of GARDENER.

However, after Adam and his wife Eve chose to disobey a command that God have given, sin entered, Adam fell, his close walk with God was destroyed and he was put out of the garden of Eden. In furtherance of the punishment that God put on him for his disobedience, he was demoted from the position of Gardener, sent out to toil the ground which God cursed and he and his descendants debarred from access to ETERNAL LIFE ON EARTH.

JESUS IN THE GARDEN OF GETHSEMANE – A PATTERN EMERGES

In John 18:1, Jesus, like Adam was in a garden. It was called the Garden of Gethsemane. Whereas Adam was upright before he chose to disobey God and God delighted in him, Jesus was perfect, absolutely sinless and in him, God was well pleased.

Like Adam, Jesus had been given a clear mission or mandate from God the Father and had the free will to choose to obey it or not. Like Adam, a decision had to be made, whether to obey God’s instruction or to assert his own will and way.

It does not seem though that Adam put up any fight in the battle to obey or not to obey God. When presented with two options, he non-hesitatingly it seems, chose to assert his free will to disobey God.

Whereas Adam decided to pull AWAY from God and do what he wanted to do, the more Jesus wished he could get out of his mission, the more he pulled CLOSER to God the Father through prayer, so that his will would be submitted to His and he would find strength to complete the mission.

One of the by-products of Adam’s DISOBEDIENCE was that by the SWEAT of his face, he would eat bread (Genesis 3:19). This signified pain, hardship, toil and the sorrow that he and all of mankind as his descendants, would endure, as a result of his disobedience.

However, one of the by-products of Jesus’ resolve to OBEY God and therefore, to pray when his spirit was exceedingly sorrowful (Matthew 26:38) was that he SWEAT as it were great drops of blood which fell down to the ground (Luke 22:44).

I think it to also be significant that, while Adam’s SWEAT was to be a reminder of his disobedience as he toiled the GROUND, which God had cursed, here was Jesus, many years later, choosing obedience to God and while mustering up the strength to go to the cross, his SWEAT fell down to the GROUND.

That same ground in which God had told Adam after his disobedience in Genesis 3:17 and by implication, all of his descendants, that “…cursed is the GROUND for thy sake; in sorrow shalt thou eat of it all the days of thy life” was the same ground on earth, which, many years later, the sweat of Jesus fell, as he battled to submit to the will of his Father.

I believe this to be significant. I see it as a prelude to the redemption story, whereby in Jesus’ resolve to obey God the Father and to die a painful and shameful death for the sins of the world while hanging on the cross, mankind would be redeemed from the curse of sin and reconciled to God, once they believed that Jesus Christ rose up from the dead and confessed with their mouth that he is Lord.

It reminds me of Galatians 3:13 where it states, “Christ hath redeemed us from the curse of the law, being made a curse for us: for it is written, Cursed is every one that hangeth on a tree.”

WHILE IN THE GARDEN therefore, Adam chose to DISOBEY God, DEVIATE FROM HIS GOD-GIVEN MISSION and do his own thing. He was therefore DEMOTED FROM THE POSITION OF GARDENER, debarred from ETERNAL LIFE ON EARTH and CHERUBIMS and a flaming sword were placed by God to guard the path to the tree of life. If Adam or any of his descendants ever tried to return therefore, they would be fought against so as to keep them out.

Conversely, WHILE IN THE GARDEN, Jesus chose to SUBMIT to God the Father and NOT DEVIATE FROM HIS GOD-GIVEN MISSION and do his own thing. He prayed earnestly and once he had resolved to do the will of his Father, God sent an ANGEL unto him from heaven, not to fight against him but to strengthen him for the will of God the Father that he was about to do.

Luke 22:43 states “And there appeared an angel unto him from heaven, strengthening him.”

Not surprisingly, after Jesus rose from the dead and was seen by Mary at the site where his body had been laid in a tomb, she, weeping because she thought that someone had removed Jesus’ body, thought that Jesus was the GARDENER. (John 20:15).

She may have thought this because her eyes were all cloudy with tears and maybe because of how Jesus may have been attired. However, I think that it is significant and indicative of the then finished work of Jesus Christ on the cross for the sins of the world and the opportunity for the reinstatement of mankind.

That is, Adam, in choosing to disobey God was demoted from his God-ordained position of Gardener in Eden and now Jesus, who Mary mistook for the Gardener, in him choosing to obey God was now the way, the truth and the life wherein man’s dignity could be reinstated through forgiveness for their sin and reconciliation with God.

As a result of Adam’s disobedience, he and mankind in general were DEBARRED FROM ETERNAL LIFE ON EARTH and put out of Eden, wherein Adam had previously enjoyed in his pre-sin state, the presence of God. Now, as a result of Jesus’ obedience, mankind is GRANTED ACCESS TO ETERNAL LIFE IN HEAVEN and invited, upon exercising faith in Jesus Christ, into the presence of God.

The Garden of Eden is therefore representative to me, of man’s disobedience, disgraceful fall, demotion and denial of access to eternal life on earth, whereas the Garden of Gethsemane is indicative of Christ’s obedience where he chose to go to the cross and to shed his blood as a propitiation or satisfaction for our sins, resulting in mankind’s redemption, restoration, reinstatement into right standing with God and the granting of access to him of eternal life in heaven.

As 1 Corinthians 15:20-22 declares: “But now is Christ risen from the dead, and become the firstfruits of them that slept. For since by man came death, by man came also the resurrection of the dead. For as in Adam all die, even so in Christ shall all be made alive.” 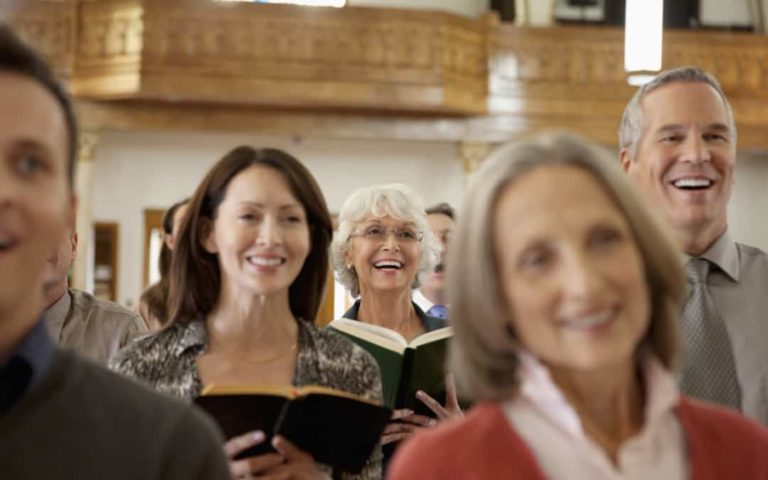 TweetPinLikeShareEmail (The Information & Edification Series – Batch 6) In Matthew 13:24-30, Jesus gave a Parable (which was an earthly story with a spiritual meaning) to his disciples, telling them: “The kingdom of heaven is likened unto a man which sowed good seed in his field: But while men slept, his enemy came and sowed… 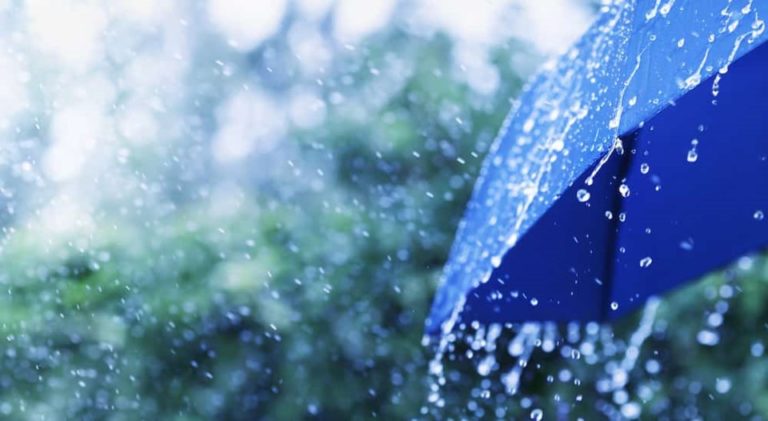 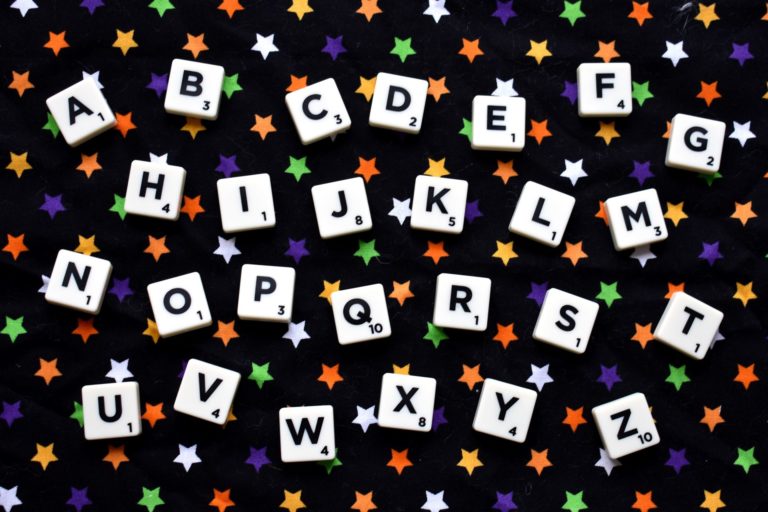 TweetPinLikeShareEmail (The Faith Forum Series – Batch 3) The following is something I felt inspired to write some years ago. Here’s to hoping that it blesses you, even as it has me. A felt dejected. She was tired of not being able to afford the finest things in life. She made a decent salary and she… 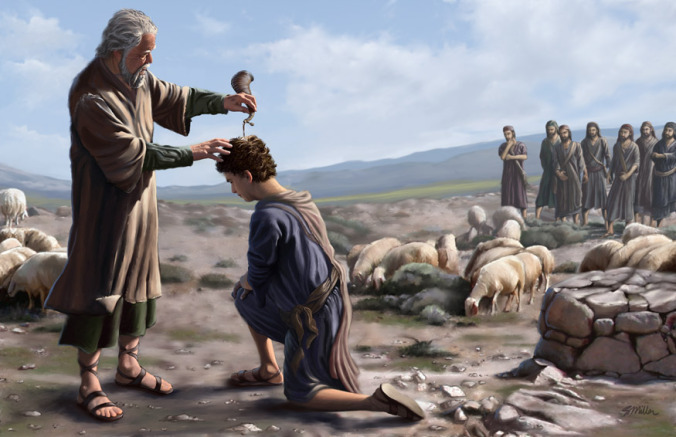 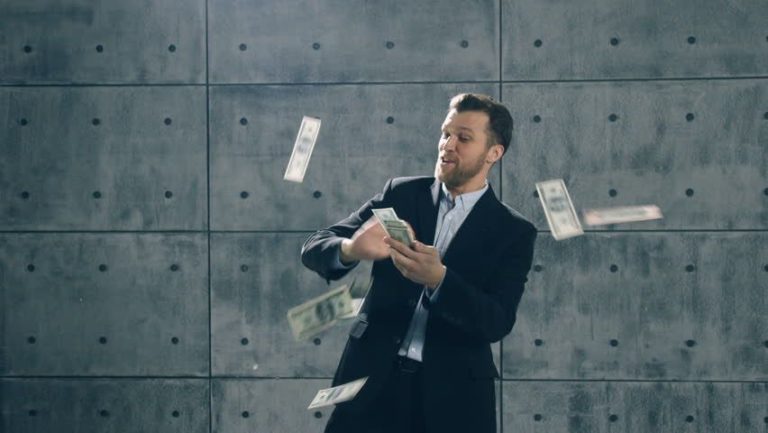 TweetPinLikeShareEmail (The Information & Edification Series) The Bible calls upon Christians to deny themselves and to take up their cross and follow Jesus. Indeed, one of the hallmarks of Christianity, genuine Christianity, is selflessness. This is why in Luke 9:23, Jesus stated: “…If any man will come after me, let him deny himself, and take up… 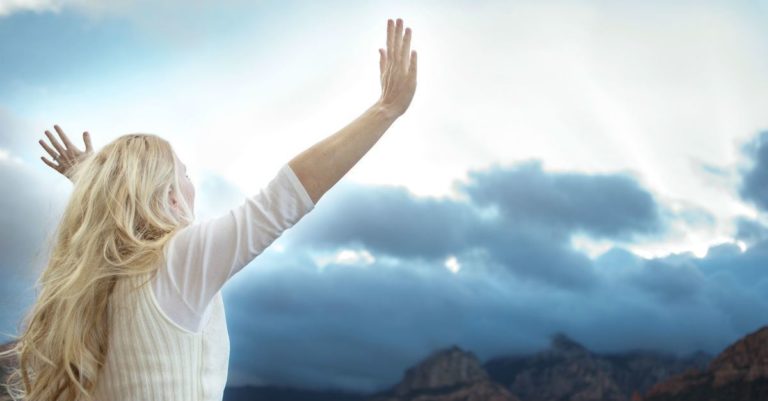