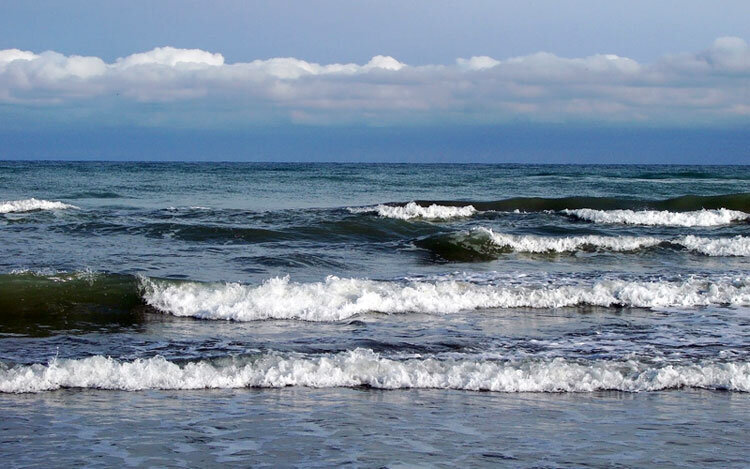 When we come in obedience to Jesus Christ in genuine faith in Him, genuinely believing that God raised him from the dead and confessing that he is Lord with our mouths, we become JUSTIFIED, not from some sins we have committed but from all things. At that moment, we immediately pass from the domain of darkness (where the devil rules) to the Kingdom of light (where Jesus Christ is) and from condemnation and death to no condemnation and life everlasting (Colossians 1:13; John 5:24; John 3:18).

We become Christians and although we are to avoid sin, if after justification, we fall into sin, we have an advocate with the Father in the same Christ Jesus and once we confess our sins repentantly, he is faithful and just to FORGIVE us of those sins and to cleanse us from all unrighteousness. (1 John 2:1-2; 1 John 1:9).

Many people refuse to believe in the Lord Jesus and that through Him, God is offering the free gift of salvation from eternal damnation by FORGIVENESS for their sins. They therefore remain unbelievers and are therefore condemned to eternal damnation.

Others struggle with the sins they committed after coming to Christ and after being justified because they think that their sins are too ugly, too vile, too great, too filthy, too evil, too reprehensible, too perverse and too much for Jesus to forgive. So, they do not accept his forgiveness and as a result they choose to carry the burden themselves, which weighs them down in life. This keeps them from being optimally productive and profitable for God’s Kingdom, as the burden is too heavy for them to bear.

When Peter in the Bible sinned against Jesus, he carried his burden which was heavy to bear but he repented and Jesus forgave him and he knew it. Peter accepted his forgiveness and no longer walked around with that heavy burden of guilt but was free to declare the Word of God which was the gospel of Jesus Christ. Nobody could dare accuse him of what he had done because Jesus himself, the Son of God, had FORGIVEN him.

When we choose not to accept the FORGIVENESS of God which is available through Jesus Christ, what we do is judge ourselves unworthy of everlasting life and unworthy of forgiveness. We then go on, not walking in the freedom of Jesus Christ that is available but with the burden of guilt, shame and condemnation over our heads. The enemy will also be sure to send people (some of them self-righteous) to try to keep us continuing to feel this way and so that we will continue to bear this heavy burden, which Jesus Christ has offered to bear.

Paul and Barnabas told the Jews who did not believe on Jesus and therefore refused to accept his offer to take away the burden of their sin through FORGIVENESS, “…but seeing ye put it from you and judge yourselves unworthy of everlasting life, lo, we turn to the Gentiles.” (Acts 13:46)

Yes, refusing to accept the FORGIVENESS God offers through is Son the Lord Jesus at any stage in our journey here on earth, can deprive us of valuable opportunities.

Unlike the Jews who Paul and Barnabas had delivered the gospel to, the Gentiles who knew they were sinners, gladly accepted the FORGIVENESS being offered through Jesus Christ for their sins and believed on Him. At that very moment, they were JUSTIFIED and the burden of their sin made light because Jesus took it from them. The Bible states “And when the Gentiles heard this, they were glad and glorified the word of the Lord: and as many as were ordained to eternal life believed.” (Acts 13:48)

This reminds me of the Old Testament story of Joseph and his brothers.

Despite how wickedly they had treated him and the fact that they had betrayed his trust and left him for dead, he offered them FORGIVENESS and opened up his heart and where he lived to them. He conveyed to them that he did not want them to carry the burden of the guilt and shame of what they had done to him a moment longer but for them to walk in the freedom of forgiveness. He also lavished them with unexpected grace by promising to feed them and their families.

When they and their father and all that they had, moved to Egypt, that is exactly what Joseph did. He had truly forgiven them from his heart and bore no ill-will against them. Not wanting them to continue to carry the burden of guilt and shame for what they had done against him, he told them “Now therefore be not grieved, nor angry with yourselves, that ye sold me hither…” (Genesis 45:5).

However, although they talked with him after Joseph revealed himself to them and Joseph hugged them and it seemed that all was well (Genesis 45:15), although they and their families moved to Egypt and benefited for years from Joseph’s invitation and graciousness, it appears that they never truly believed that he had forgiven them of their sin against him or did not believe that such forgiveness would last. They were of the view that their sin was too reprehensible and that they had hurt Joseph far too much for him to just cast what they had done against him and how much they had caused him to suffer, into the sea of forgetfulness.

They believed that the only reason he was being kind to them was because of their Father Jacob. They believed that when Jacob died, Joseph would then exact his revenge against them, as was within his entitlement and as they justly deserved.

This caused Joseph to cry. I believe he did this because he realized that, although he had forgiven them years ago for what they had done and had cast their deeds away from him and despite all that he had told them and the kindness he had consistently showered upon them throughout those years in Egypt, they had never truly believed that he had freely and fully forgiven them and bore no ill-will against them but genuinely wanted nothing more than genuine relationship with them. He therefore sought to comfort them, spoke kindly to them and renewed his promise to provide for them, as it was clear that they were still carrying the burden of their sin against him, when they did not need to.

Joseph’s brothers were therefore no different from the Jews who Paul and Barnabas had preached the Lord Jesus, as they judged themselves unworthy to receive Joseph’s forgiveness and to benefit from his blessings.

To those of us who are Christians, our past, even after we came to Jesus Christ, may have been ugly, really ugly but God’s forgiveness remains available. We should not, like the Jews and Joseph’s brothers, judge ourselves unworthy to receive it.

Yes people will come and try to make us believe that we are unworthy. There are persons who will be like: “God may have forgiven you but I haven’t.”

All you have to say in response is: “Guess what: I didn’t sin against you. I sinned against God and even if I did sin against you, I have repented, so God has forgiven me. Who are you to hold my sins against me? Are you greater than God?”

Such persons need to go to God themselves and repent for their own sin of self-righteousness. They have either never truly been converted and therefore never really fully understood God’s work of grace, the extent of it and that his heart is set to reconciliation or they have allowed their pride and lofty opinion of self to delude them into believing that they, not God are the judge and that they, not Jesus, have the power to mete out or to withhold forgiveness to others.

Such persons are used of the devil to keep us from walking in the freedom of Jesus Christ.

Where there is forgiveness and it has been truly accepted by the offender, there is liberty. When we are sorry for our sins and confess them to God, there is a peace that comes when we have been forgiven and when we have truly accepted that we have been forgiven. It is clear that Joseph’s brothers did not have that peace of mind despite all of the blessings being showered down on them from Joseph because they doubted the abundance of his grace toward them.

The Word of God states: “Where sin abounded, grace did much more abound.” This means that God’s grace is much greater and more powerful than the sins we have committed, no matter how ugly those sins may be.

Joseph’s grace extended to his brothers was greater than the sins that they had done against him. His love for them was so much, that it covered the multitude of their sins. The same holds true of Jesus and even more so, when it comes to his prodigal children. When he forgives us, he forgets and casts our sins into the sea of forgetfulness.

For those Christians that backslid by turning away from God and disobeying him, if you have since been sorry for doing this (which was sin) and you have come to God in prayer and confessed what you did, that you were wrong and he was right and you have asked for his forgiveness and cleansing, sincerely resolving in your heart to depart from those sins, Micah 7:18-19 is applicable as it speaks of God’s mercy and forgiveness in such situations.

Dear Reader, if you can spare the time, I would like you to check out the song by Helen Baylor on YouTube called: ‘THE SEA OF FORGETFULNESS’. I found myself humming it when I finished writing this Article and its words are so applicable. I hope that it will minister to you at this time. TweetPinLikeShareEmail In your brokenness, some people will genuinely desire to help you (although in the minority) but others can be so unmerciful. If they perceive you are in pain, they come with words calculated to rub it in. If they perceive you’re down, they extend not a helping hand but a foot to kick you… TweetPinLikeShareEmail Yesterday, someone who I did not expect, suddenly lashed out at me by telling me that he was of the view that something was not right with me mentally. We have had many conversations and although he is a ‘professer’ of Christianity, I have realized that he has a world view of things and… 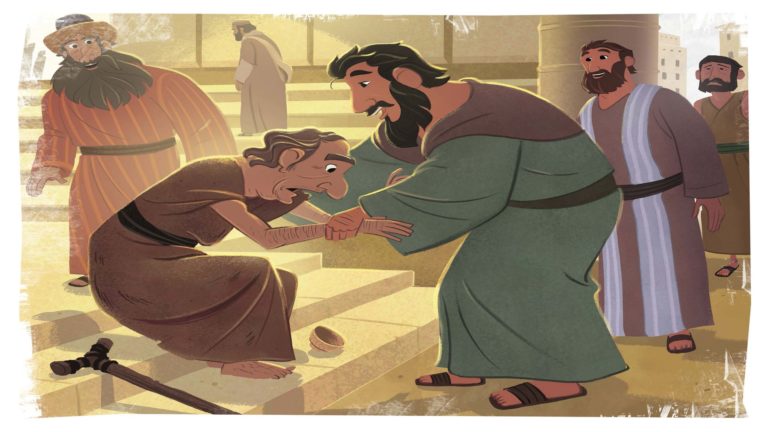 TweetPinLikeShareEmail Sometimes God comes through for you or blesses you in such a way, that you feel the need to shout what he has done, from the housetops. Like the man in the Bible who was lame from birth, who Peter healed in the name of Jesus Christ and through HIS power, when God in… 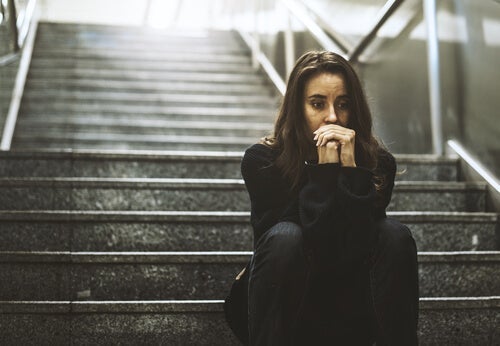 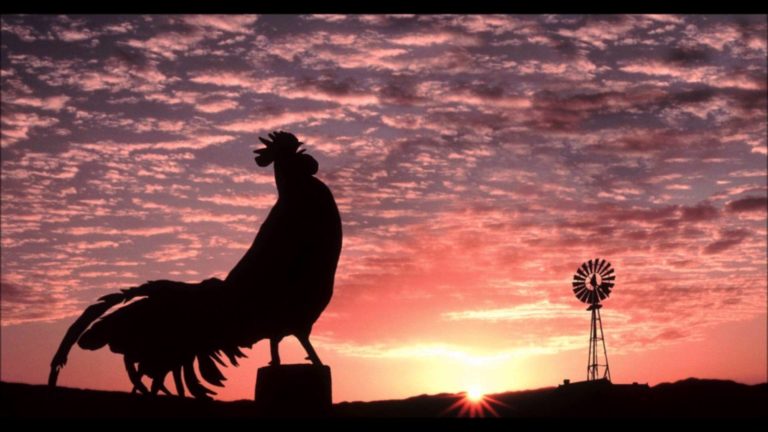 TweetPinLikeShareEmail Either sometime last year or early this year, I wrote a Note about the self-righteous and repentance and I think that I should share it here. I wrote: When a Believer who has committed sin comes to his senses and repents, the self-righteous, pride-filled ‘professer’ of Christ says (whether audibly or through his actions):… 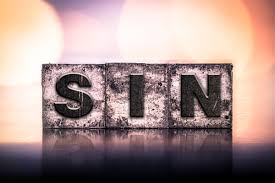 TweetPinLikeShareEmail Today, I read an online Article where the author of the Article (supposedly a Christian Church leader) was alarmed at what a young man in his Church once told him. He said that the young man, who had committed the sin of lustful thinking, told him that since he had already sinned in this…