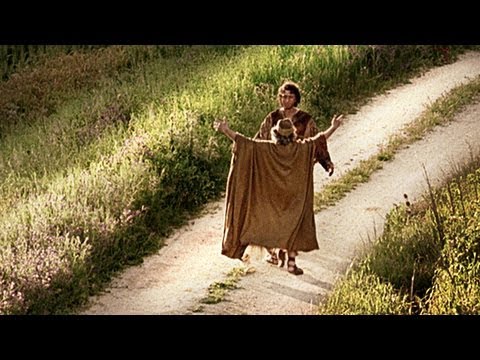 Sometimes even as a Christian, you’ve messed up so bad and done so much damage in your life and that of others, that you wrestle with the thought that God wants nothing to do with you now. Somehow, you are tempted to think that you have gone too far and that your sins are too great and you too filthy, for God to want you back.

Yet, in Jeremiah 3:14, we get some insight into how God feels about the backslider, that one who turned away from him and went the way of sin. In the Old Testament, he said to the wayward Israelites with whom he had covenant, “Turn, O backsliding children… for I am married unto you: and I will take you one of a city, and two of a family, and I will bring you to Zion.”

God does not view marriage as temporary but as permanent. In Mark 10:9, Jesus said of the permanency of the marriage covenant: “What therefore God hath joined together, let not man put asunder.”

When God likens his relationship with his children to marriage therefore, he is indicating that he is committed to looking after their welfare, for life. This is why he chastens the Christian and allows him or her to go through grief and sorrow at times. It is done in a heart of love, to get him or her to humble himself or herself in his sight, see and acknowledge his or her wrong before him, repent and ask him for forgiveness.

No matter how far you have gone, whether it be that you have lied, stolen, gossiped about others due to maliciousness, jealousy, envy and hatred, damaged people’s lives, acted dishonestly, acted in a prideful manner, had sex outside of marriage (fornication), slept with someone’s husband (adultery), committed some other form of sexual immorality, had a child out of wedlock, took part in abortion, committed a heinous crime like murder or any other sin, God hates what you have done but he still loves you. It is his desire for you to come out of that sin, to repent and return to him, by grieving over what you have done, how far you have fallen, confessing your wrong to him and asking for his forgiveness, cleansing and restoration.

Heaven rejoices when a backslidden child who has sinned, returns to God. God does not scoff at such a person but opens his arms wide, as a loving Father, to his wayward or prodigal child.

In Luke 15:1-24, Jesus confirmed how joyful it is in heaven when a sinning person returns to God through repentance. He even went so far as to indicate the extent to which God pursues after his sinning child when he or she turns away from him, so as to bring him or her back into the fold. He indicated how, even from afar off, once that child is trying to find his or her way back, God stands ready to help him or her along the right path of return and does not hold what he or she has done against him or her, after repentance.

It is important to note, that the scripture does not say that the Prodigal son tried to clean up himself before returning to his Father or to look for good, clean attire that he could wear before returning to the presence of his Father. I am inclined to believe that he came as he was, whether dirty, in need of a bath, filthy from the pigs with whom he had been associating, tired, exhausted, hungry and weighed down by all that life had thrown at him because of his own wayward way. It seems he came just as he was and even in that dirty, unkempt state, the Father with whom he had had relationship prior, still recognized him from afar and went out to meet him as he was on his way back home.

The Father also made provision for his hunger, not with a mere sandwich but with a feast and took care of his unkempt filthy state by having the best of his royal robe put on him and shoes on his feet.

This speaks of restoration which is available to all of God’s royal children, when they return to him, not just with words but with sincerity and truth.

We know that the Prodigal son was not trying to manipulate the Father when he returned but was genuinely sorry for the path he had taken. For the scripture says that, when he was going through what he was going through in his wilderness experience, he came to himself. This means, he came to his senses. He saw his wrong and acknowledged that he had been foolish and stupid. He realized that he was suffering because he had made the wrong choice, a poor choice. This then led him to remember how good it had been in his Father’s presence and what a stark contrast that was, to what he was currently experiencing. 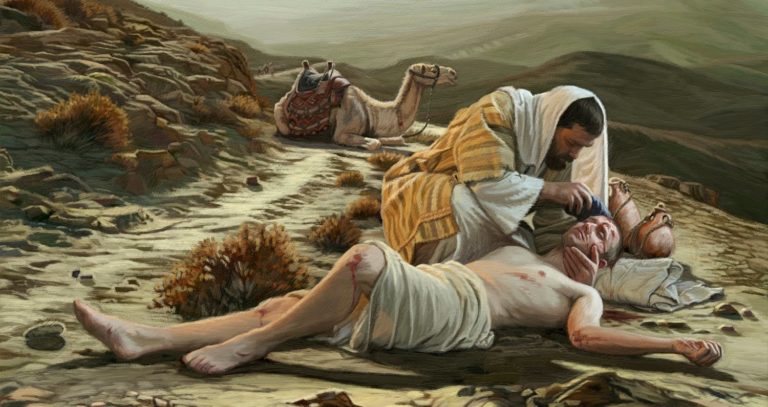 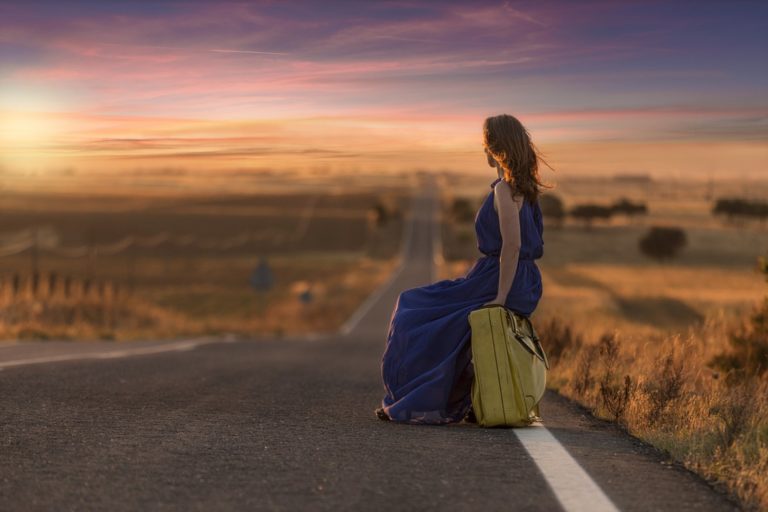 TweetPinLikeShareEmail The Bible seems full of scriptures that suggest that when a child of God has fallen into some kind of sin, that that child, once he or she has repented and seen the error of his or her way, will be supported in love by the body of Christ, the objective being, not to… 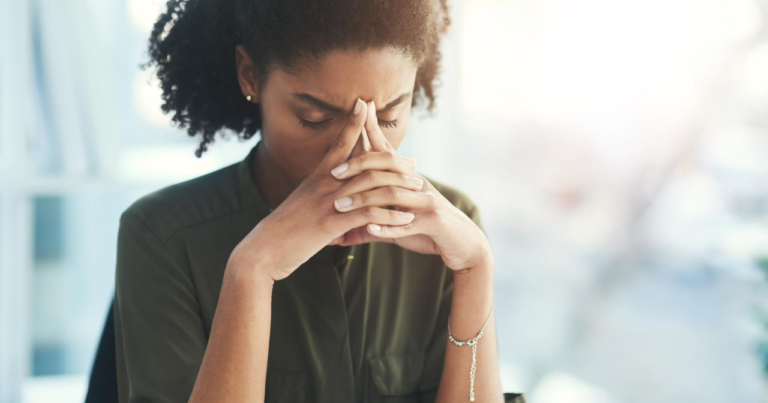 TweetPinLikeShareEmail At times, even as Christians, life can have us feeling bugged down, burdened, tired and overwhelmed. In short, it can throw so much at us, that we can truly feel exhausted. Yet, in the Bible, Jesus stated, “Come unto me, all ye that labour and are heavy laden, and I will give you REST…. 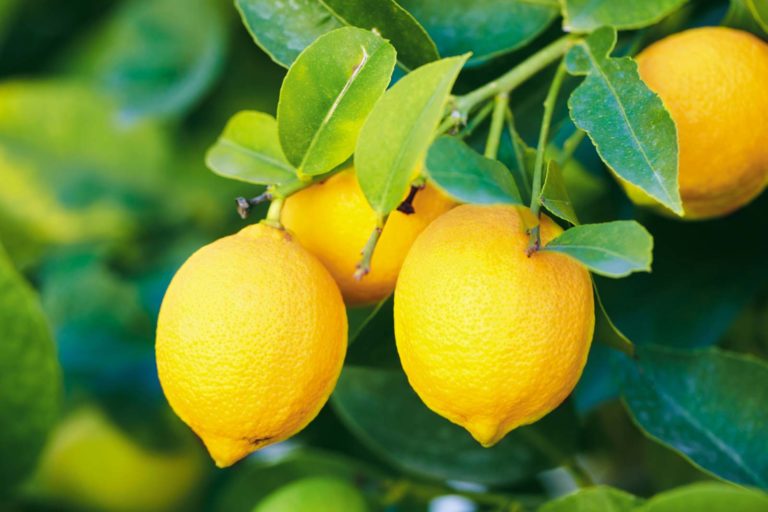 TweetPinLikeShareEmail This morning, I was thinking on some of the cards that life had dealt me, so-to-speak, which had been in my view, quite unfair. I also thought on how I myself had made poor and foolish decisions which had only made things worse and how I had reaped pain, heartache, sorrow and confusion, as… 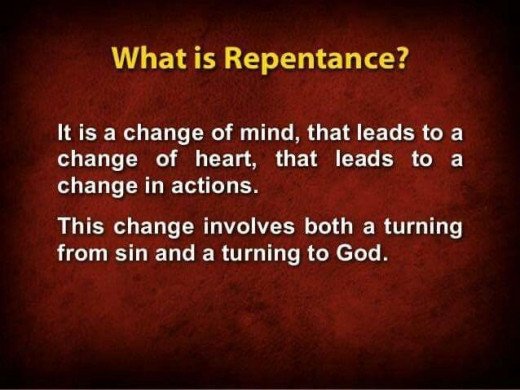 TweetPinLikeShareEmail The Bible commands men and women everywhere to repent of their wickedness, sin and ungodly lifestyles and to return to the Lord God who made them. The word ‘repent’ is popular and most people  think they know what it means but what does it really mean? I’ve heard people say that it means to…