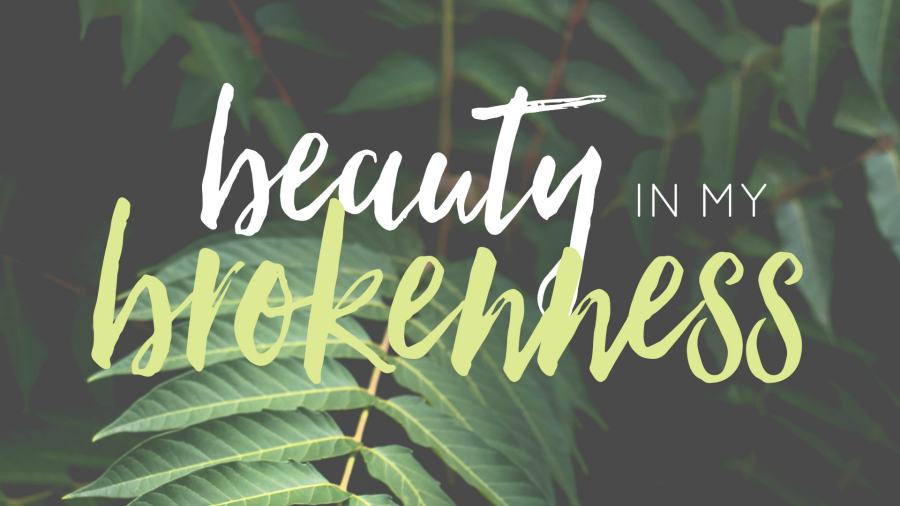 Brokenness for the Christian is a good thing. It reminds you how dependent you are on God, draws you closer to him, causes you to experience how totally helpless you are in your own strength and humbles you.

Given all the benefits that are derived from brokenness and having experienced much brokenness myself, in this life thus far, I have come to realize that it is perhaps one of the greatest blessings in the life of a Christian. For, it is necessary for the Christian who wishes to grow in intimacy with the Lord, free from pride, self-righteousness and a mere theoretical understanding of who God is. It is also an excellent preparation tool, as it equips Christians to be used mightily by God, both through and after that period of brokenness, to do great exploits for his Kingdom.

For Christians that have been sorely broken by God in life, where their brokenness may have lasted weeks, months and even years, their lens are adjusted in such a way that life looks a bit different to them, than for a Christian who has not yet experienced this.

As Vance Havner once stated:

Brokenness I think is often underestimated and even shunned by God’s people, as something they wish to avoid at all costs. Some even shun the people that God is in the process of breaking, not wanting anything to do with them because the idea of being broken is so undesirable.

All this is understandable, as when God breaks a person, it tends to be painful and can even be humiliating and isolating. However, what I’ve come to learn from my own experiences is that through your brokenness, things not good for your spiritual advancement tend to get broken off. When you are brought to your knees, you look up more earnestly. You gain a level of appreciation for God’s power and might and a better understanding of your weakness and impotence in comparison. You tend to pray more effectually and fervently, no longer using vain words and repetition but actually crying out to God in your situation, your heart fully engaged in what you are saying and your petition.

As the pressure mounts, you also find (like a pressure cooker that sings when the heat is at its highest), that you are bursting out in songs of praise birthed from your spirit, no longer just from your lips but from a heart that is more closely attuned to hear God’s voice. Even fasting, which you thought you would possibly never be able to do because you love food so much and have been so accustomed to a life of comfort, you do, out of desperation and necessity. For, you realize that having God intervene in your circumstances is more important than appeasing your appetite.

On the whole, I can say from my own experience, that God uses your brokenness to grow you spiritually, to take you from just a theoretical understanding of him based on what you’ve read in the Bible, to a real, every day, intimate experience and walk with him, sustaining you, keeping you, upholding you and strengthening you through your storm, which he sits as King over.

In those moments, God has a tendency to remove your support systems, even allowing people close to you to abandon you, so that it will be just you and him on your tumultuous journey. You are taken from immaturity to greater maturity and in your brokenness, you grow exponentially (once you submit to the Lord), in grace and knowledge of your King.

The things of time and sense that seemed to be so important before, like the earthly routine of running after a career, getting a spouse, getting and storing up money and all of life’s mundane things, now fade in comparison. For, your spiritual sight now is much clearer than before, your face now set as a flint to advance and pursue after the Kingdom of God and his righteousness FIRST, over your own earthly agenda and comfort.

Yes, brokenness, when it is allowed by God in the life of a Believer is good. For, it usually breaks off what needs to be broken and brings one to his or her senses.

Indeed, brokenness is a tool that God has often used in the Bible days, as preparation for his servants, who he intended to operate mightily through at a future time.

Moses for example, spent years in exile in Midian, away from the comfort and luxuries of Egypt that he had been used to as the adopted son of Pharaoh’s daughter, until God was ready to use him.

David, who had been anointed by God to be the next king of Israel, spent time running from king Saul and crying out to God in caves, broken, tired, sometimes feeling overwhelmed and at his wits end, before God was ready to put him on the throne.

Even Joseph suffered tremendously and was broken in humiliating ways before he was promoted by God for his divine purposes, as the second in command in Egypt. He went from being placed in a pit, to being sold to strangers by his own brothers, to being taken to a foreign land (Egypt), to being sold again as a slave, to working hard as a slave, only to be accused of a grave offence he did not commit, sent to prison for that very offence and then staying there for years and years before God decided it was time to take him out.

I have heard it said, that who God wishes to use in a great way, he usually breaks and I believe that in most cases, this is true. For, like a balloon that needs to be pierced in order for empty air to come out, God usually deflates the ego, the pride, the pettiness, the mindless distractions and our sense of self focus, before he uses us to do a great work.

Brokenness brings suffering to the one being broken and suffering (whether caused by a Christian’s own disobedience or not) is definitely a tool that God uses in the life of Christians, to mould, chisel and shape them how he wants them to be and to ensure that they are humble, a virtue that God loves and loves to operate through.

When Christians have been broken, they tend to point the glory not to themselves but to God. They tend to want no attention drawn to themselves but all to be pointed in the direction of Jesus Christ, the only one worthy of exaltation and praise. They boast of nothing and no ability within themselves but spend their lives praising God for his everlasting strength, his great mercy and faithfulness. For, they’ve been to hell and back (so to speak) and know first-hand, that it was God who preserved them in their valley season, when everything in their lives seemed dark, sterile, lonely, scary, hopeless and when the enemy waged aggressive attacks against them, to try to destroy them.

They therefore willingly, passionately accept the role of servant and see their lives as serving no other purpose than to be in service to their King. For, they are people that will never forget where they came from, what they’ve been through, the intense pain they’ve endured and what God brought them out of. As humble servants, as they reflect and meditate on the past, they have resolved to forever sing the Lord’s praises and declare his goodness upon the housetops.

Like David, they declare, from the very depth of their heart:

Their hearts overflowing with a lifetime of gratitude, they also proclaim as the Psalmist did in Psalms 116:

Dear Reader, if you found the above Article to be interesting, informative, beneficial or edifying, you may also be interested in reading the following under the ‘BIBLE-BELIEVING Daughters’ page: 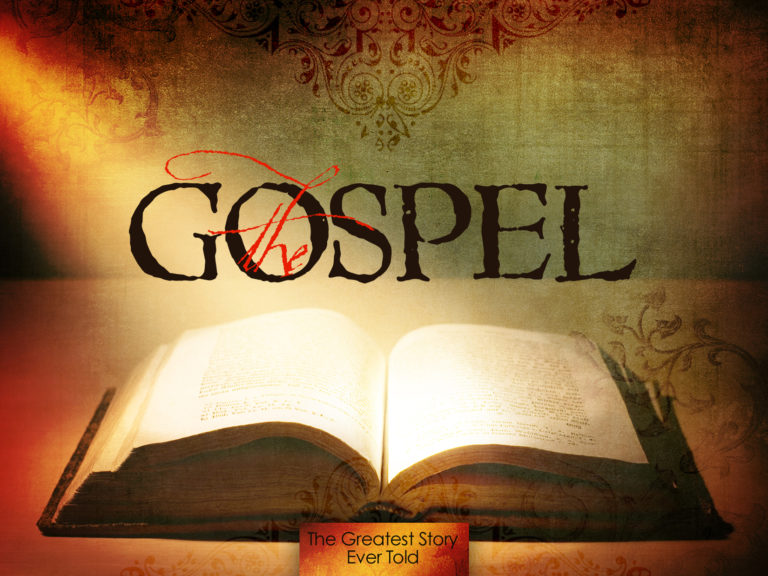 TweetPinLikeShareEmail (The Information & Edification Series – Batch 3) There is and has always been only one true Gospel of God (also referred to in the Bible as the Gospel of Christ) and it has absolutely nothing to do with money, riches, getting ahead in life, breakthrough, advancement, promotion, sowing a financial seed or how… 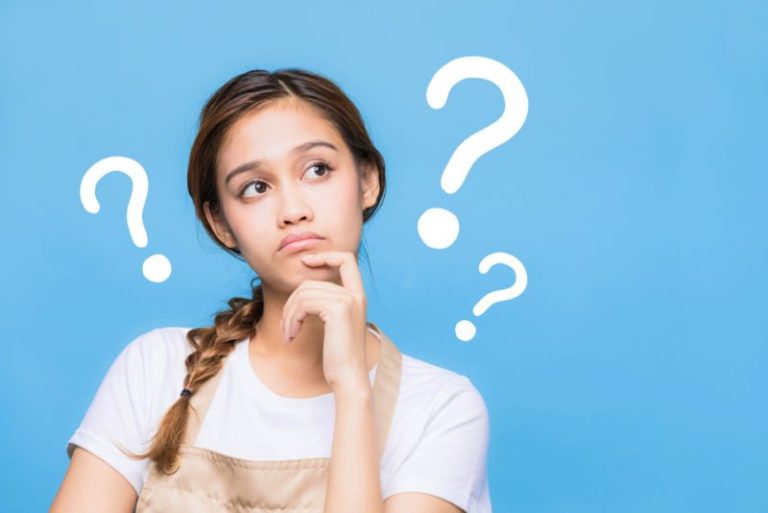 TweetPinLikeShareEmail (The Information & Edification Series – Batch 5) Abraham of the Bible, had FAITH in God and his Word, in that he believed whatever God said, that it was TRUE. As a result of this, the Bible states that his faith was counted or accredited to him (Abraham) for righteousness. The scripture says of… 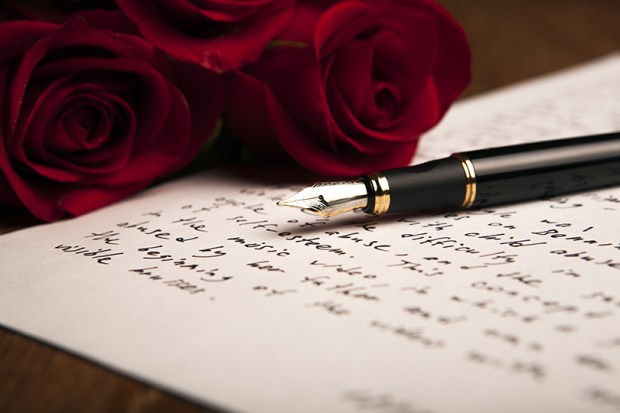 TweetPinLikeShareEmail (The Faith Forum Series – Batch 3) I don’t know what it is but although I haven’t written poetry in over ten years or so, today, I’ve been feeling emotional and poetic and as a result, I have been writing one poem after another. These are as follows: POEM 1 I wrote this poem… 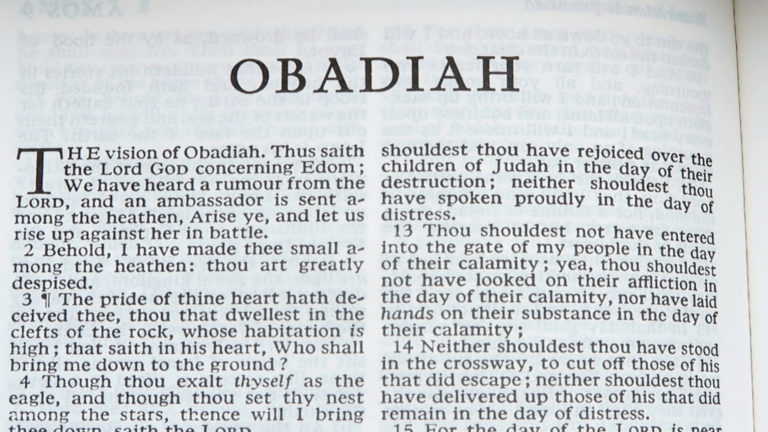 TweetPinLikeShareEmail (The Information & Edification Series – Batch 4) Today, I read Obadiah, a one chapter book in the Bible and some verses there reminded me of some other scriptures in the Bible along a similar theme. Let’s take a look at these scriptures: In Jeremiah 50: 6-13 and 51:1-6, through his Prophet, God spoke…