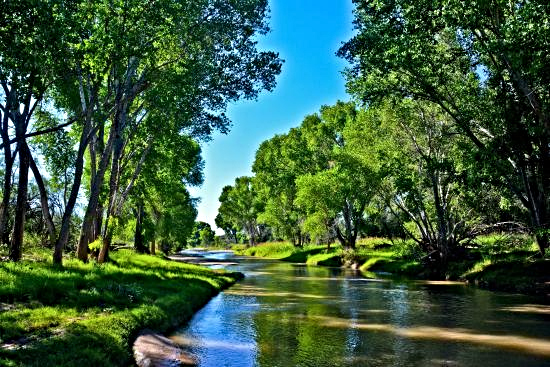 In Revelation 22:1-2, John relayed what he saw of what was to come in the future, as had been revealed to him by the glorified Lord Jesus, through his angel.

Previously, in Revelation 20, he spoke of how he saw the dead, small and great, who had been raised back to life for judgment, be judged according to what they had done while alive and that whoever was not found to have been written in the book of life was cast into the lake of fire. This was also where the devil, the beast and the false prophet that promoted the devil’s wicked agenda were also cast, along with death and hell.

That having been done, in the next chapter (21), John spoke of the provision that was made for those who knew and lived for the Lord while alive and were saved, stating in verses 1-2 and 22-24:

This holy city was for those whose names were written in the Lamb’s book of life and therefore were saved from eternal destruction (Revelation 21:27).

In chapter 22, John continued on describing what he saw in this holy city, stating:

We know that the tree of life was positioned by the river, as the scripture states that “…on either side of the river was there the tree of life.” Given that trees take in water for survival, in my view, it appears that the tree (which was rightly positioned) was being nourished or sustained by the water from the river, resulting in it baring fruit in the set season, which was every month and its leaves, which were for healing, to grow and shoot forth.

What is remarkable to note is that the river of life which apparently provided nourishing to the tree of life, which in turn, brought forth twelve types of fruit and leaves for healing, came from, as in started or proceeded out of, the throne of God and of the Lamb (which is the Lord Jesus Christ).

God is therefore the start, the source and the origin of all that pertains to life. It was due to him that the tree was able to subsist and to bear fruit and to grow leaves with healing properties. All of this goodness abundance came from him.

This is why Jesus, who is God the Son, urged those who believed on him in John 15:4-6, to stay close to him and not never depart. He told them:

When one abides and delights in the Lord Jesus Christ, the vine and the very one from whom life emanates, he will be like the person described in Psalm 1:1-3, who will be sure to bloom. For, he has positioned himself and is therefore sustained, by HE which is the very source and fountain of life, the Lord. The scripture states:

Of the Lord’s ability (as the very source of life) to preserve, sustain, nourish and satisfy, in Psalm 36:5-8, the Psalmist stated:

In Joel 3:18, a beautiful picture of the abundance that is to be found in the Lord is also depicted, similar to that in Revelation 22:1-2, where it refers to rivers flowing with waters and a FOUNTAIN which begins or comes from the house of the Lord.

That God is the FOUNTAIN or endless ‘water’ source of everything that pertains to fruit, healing, abundance and life (both natural and spiritual) is also clear in other scriptures from the Word of God.

In Jeremiah 2:11-13, the Lord, knowing that he was the very source of life and that everything done outside of abiding in him was bound to fail, lamented on the destructive and foolish path that the children of Israel had taken, where they had forsaken him in pursuit of abundant life elsewhere, particularly seeking help from other nations like Egypt and Assyria.

Of course, they failed and their lives were characterized by sterility, stagnancy, oppression and a whole host of problems, as a result. Through his Prophet Jeremiah, the Lord, in referring to the tragedy of the choice that his people had made, referred to himself as the fountain of living waters. He stated:

As a result of Israel’s decision, they withered. Instead of drinking from the fountain of life, which was the Lord, they tried to drink from the waters of the river of Sihor in Egypt and the waters of the river in Assyria but were left with nothing but dissatisfaction and unquenched thirst. By ‘drink’, it means to partake of, to consume, to feed on and to therefore embrace.

Of the trouble, oppression, attacks and sterility they encountered in the aftermath, God stated:

In Isaiah 30:1-16, in commenting on the futility of Israel’s choice to forsake the Lord, the fountain of life and to instead seek refuge or shelter in Egypt, Isaiah the Prophet spoke on behalf of God, stating:

Similarly, 2 Chronicles 28:16-21, records the futility of the efforts made by King Ahaz who reigned over Judah, where he sought help, not from the Lord who was the fountain of life and therefore, all powerful, all wise and able to protect, provide and succour but from Assyria, an ungodly nation.

Instead of Assyria helping him as he had hoped though, it only served to distress and weaken the people of Judah. Sadly, King Ahaz took what was precious out of the house of the Lord and gave it to Assyria (maybe as payment) but Judah never received the strengthening that King Ahaz had hoped Assyria would give. For, Assyria took from them but then did not hold up its end of the bargain and only undermined them.

Egypt and Assyria are characteristic of the world and the ungodly world’s system and therefore, the same outcome of SURE DEMISE awaits those who foolishly and pridefully turn away from the Lord and the sound doctrine that is in his Word, in pursuit of the world’s way and system. The world and all that is in the world, never keep their end of the bargain. The world will dupe you by presenting itself as beautiful, then take from you, use you and finally, spit you out and discard you.

Many have forsaken the Lord and embraced the world’s system, in the hope that they will somehow advance themselves and attain success in life. However, all that awaited them and that continues to await any person who takes a similar path in life is WOE, disappointment, heartbreak and betrayal, sterility, stagnancy, wilting and withering. While their pockets may be fat or life may seem pleasurable for a season, all they eventually find that they inherit is trouble, sorrow, dissatisfaction, unhappiness, depression, oppression, ridicule, attacks, grief and a lifetime of regret. Alas, they have sown to the wind and when it is all over, have nothing of significance or worthwhile to show.

This is the portion of any person that forsakes the fountain of life, which is God and puts confidence in something else or somebody else, whether that be an ungodly man of the world, riches, promotion, popularity, self-comfort, influence, the world’s so-called idea of ‘freedom’ or anything else.

The world claims to sell ‘freedom’ but all it leads you into is captivity, dryness and sterility. God on the other hand is and has always been the fountain of life. Anything outside of him and away from him will therefore not thrive but is sure to wither.

In Hosea 14, although his people had turned from him and instead embraced ungodliness which could not profit them, due to the love that he still had for them, through his Prophet, the Lord urged them to return to him. He told them that he was like a green fir tree, the one from whom their fruit would be found. If they returned with a repentant heart, he promised that he would forgive them, heal them and restore them, even as a withered plant, which is close to dying is restored, when given water.

Through his Prophet Hosea, the Lord stated:

Also, under the ‘SINGLE Daughters’ page:

Additionally, under the ‘COURTING OR ENGAGED’ page:

TweetPinLikeShareEmail (The Faith Forum Series – Batch 2) This morning in my devotions, I have been meditating on Colossians 2:12-13. In the book of Colossians, Paul wrote a letter to the Believers (Christians) at Colosse and in relation to the Lord Jesus Christ, Paul reminded them that, as believers in the resurrection of Jesus Christ… 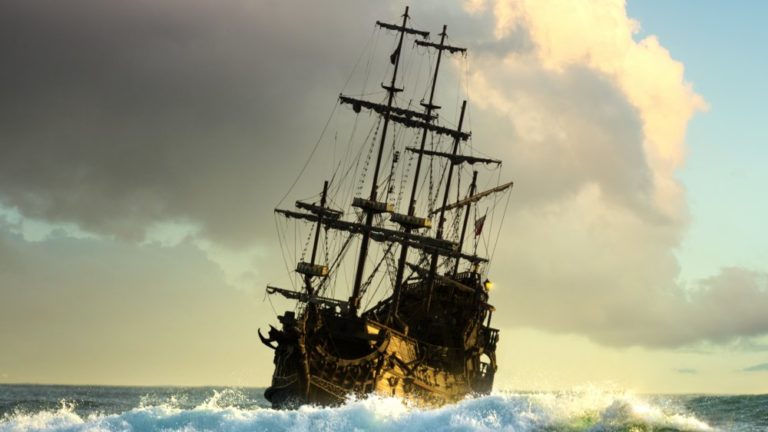 TweetPinLikeShareEmail (The Faith Forum Series – Batch 6) This morning, a Pastor on Harbour Light Radio (accessible online), who I think is also broadcast on Caribbean Radio Lighthouse (also accessible online), made a statement that caught my attention. It wasn’t something that I had never heard before or did not know but the words he… 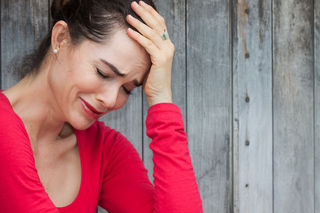 TweetPinLikeShareEmail (The Faith Forum Series) LADIES… Are you going through a difficult time right now and don’t know where to turn? Are you stressed out, stuck in a pit and feel tired, overwhelmed and like you are at an all time low? Maybe you have financial problems or relationship issues or have poor health or… 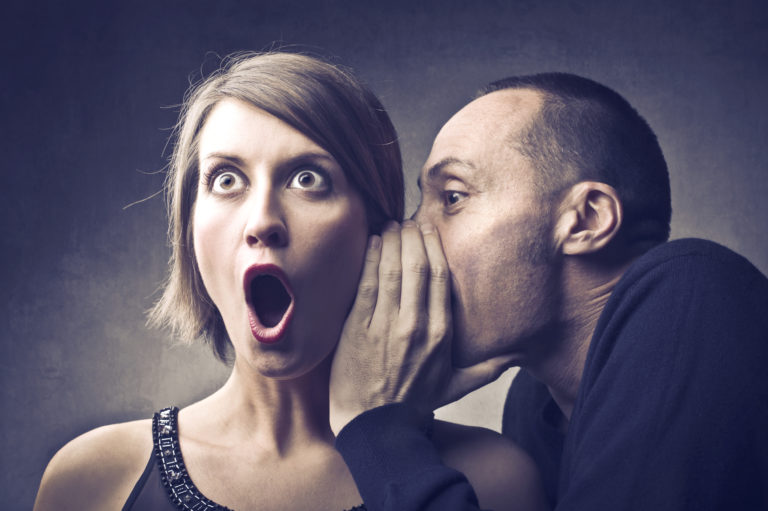 TweetPinLikeShareEmail (The Faith Forum Series – Batch 3) The following Article was not written by me but was featured on NetBibleStudy.com by an unknown author. It was so excellent at highlighting what the Bible has to say about THE TONGUE, that I decided to add it to my Faith Forum collection some years ago. THE… 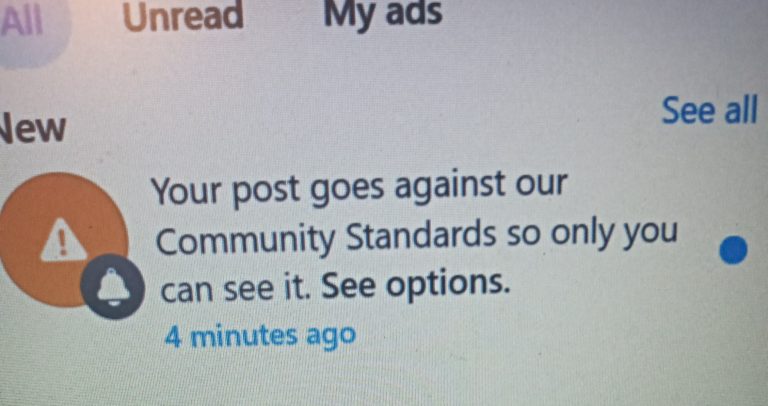